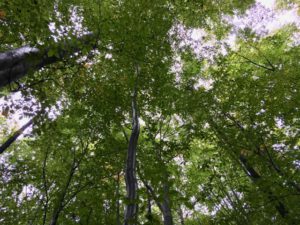 Forest biomass is largely a domestic, decentralised energy source and we already have comprehensive legislation and management systems in place to safeguard the sustainability of forest management. Bioenergy does not drive harvests of European forests. Biomass for bioenergy is a side product of higher-value timber and demand for bioenergy does not put our forests at risk. EU policy makers should carefully consider how added value could be achieved with new criteria for solid biomass production.

“The proposed new sustainability provisions for forest biomass follow a risk-based approach that should be assessed by looking at legislation on national or sub-national level. This provides the possibility to look at the already-existing national regulations for forest management. It is the most appropriate level for assessment, as going down to the forest holding level causes unacceptable burdens for the forest owner. This proposal now needs to be carefully analysed, especially in terms of the on‑the‑ground impacts on forest owners”, says Emma Berglund, Secretary General of the Confederation of European Forest Owners (CEPF).

Piotr Borkowski, Executive Director of the European State Forest Association (EUSTAFOR) emphasises that: “The biggest challenge we are facing is climate change and we all know that we urgently need to stop introducing new fossil carbon into the current carbon cycle. The most cost-effective policy options to reduce carbon emissions can be achieved through the development of forests and their sustainable use. European forests are a source of natural, sustainable and renewable raw material with a great potential to store carbon in forest products and replace fossil fuels and highly energy-intensive materials”.

The European Commission has published proposals on how the EU is going to increase the share of renewables to 27% by 2030 and decrease dependency on fossil fuels. As a part of the so-called Clean Energy package, the European Commission presented a proposal for a directive on the promotion of the use of energy from renewable resources, including minimum criteria to demonstrate the sustainable production and efficient use of biomass in transport, heat and power.

Two extremely important regulatory proposals, LULUCF and REDII, will now be considered by the European Parliament and Council. The EU policy and decision makers must look at the role of sustainably managed forests in the big picture and create frameworks that support the transition to a low-carbon bioeconomy. It is crucial to avoid creating any additional layer of bureaucracy via EU climate and energy policies, as it is evident that the use of domestically grown renewables is a much better option than the use of fossil-based resources.

In a recent meeting at the European Parliament, Commissioner Phil Hogan followed up on the EU Forest Strategy implementation

EU Agriculture Commissioner Phil Hogan opened the meeting which was an occasion to follow up on the EU Forest Strategy. As some MEPs observed no explicit competence exists in EU treaties allowing the EU to legislate in the specific area of forestry. However, investments and commitments of the EU to other policy objectives put forests and the forest-based sector under the spotlight of the EU policy agenda.

Commissioner Hogan emphasized how the Forest Strategy connects with the Commission’s priorities defined by President Juncker. He presented the latest State of the Union. In fact, forest management is important not only for growth and jobs, through developing a strong forest-based bioeconomy, but also for climate change mitigation and adaptation as well as for building a resilient Energy Union. Mr Hogan noted, “Integrated forest management is key to long-term sustainable, multifunctional forests” and there can be no sustainable management without the economic viability of the European forest sector. In addition, the EU is committed to strengthening forest governance outside Europe with FLEGT and REDD+ initiatives.

Forestry measures under rural development programs and Horizon 2020 calls are examples of the financial involvement of EU institutions to develop a sustainable bioeconomy. However, it is important that the role of sustainable and multifunctional forest management in Europe is fully recognized in the field of promoting renewable energy and in tackling climate change.

Metsähallitus’ project was entered in the Research category for outstanding research projects which have a tangible impact on the conservation and enhancement of Europe cultural heritage. The survey project involved the documentation and protection of more than 10,000 cultural heritage sites in multiple-use forests, including more than 100,000 individual structures. The sites surveyed spanned approximately 10,000 years, the oldest dating back to the earliest days of Finland’s settlement and the most recent to the 1960s.

In addition to collecting historical data, the project involved the active development of archaeological survey methods and focused on testing the suitability of laser scanning data for the surveying of cultural heritage sites. The material facilitated the surveying of extensive areas and the locating of various sites and objects of interest, including Stone Age dwelling sites, hunting pits, tar pits, charcoal pits, log floating dams and military history sites. The project was the first to survey the cultural heritage from later periods, mainly from the 1900s, which was about to vanish forever, as well as documented and protected Second World War sites.

It also generated a huge amount of open data, which facilitates the utilisation of cultural heritage sites not only in the development of tourism, but also for teaching and research purposes. The survey reports are openly available on the Metsähallitus website and the images are stored in the Finnish Forest Museum Lusto’s image archive, the Kantapuu.fi portal. The free e-book produced on the basis of the survey presents the project results in further detail and covers hiking destinations in multiple-use forests.

Nearly four million hectares of multiple-use forests in commercial use, scrub land and waste land were surveyed for a total cost of around four million euros. The project was funded by Metsähallitus’ Forestry unit (currently Metsähallitus Forestry Ltd).

Active in more than 40 countries, the Europa Nostra federation for the safeguarding of cultural heritage was established in 1963. The organisation works in close cooperation with the European Union and is in charge of selecting the winners of the EU Prize for Cultural Heritage / Europa Nostra Award each year. The award winners for 2017 will be announced in February-March and the prizes will be awarded to winners by Europa Nostra’s President, the world-famous opera singer Plácido Domingo, at the Prize Gala to be arranged in Turku in May.

The European Innovation Partnership for Agricultural (EIP-AGRI) network, with the support of the Austrian Ministry of Agriculture, organised a workshop on 10-11 November 2016 in Vienna, in order to explore innovative approaches in creating new values from multifunctional forests. The aim of the workshop was to present existing examples, and explore concrete opportunities for the development, of innovative value chains of forest products and services which are currently under-used.

EU forests serve a wide range of economic, social and environmental purposes and directly or indirectly provide around three million jobs. Wood remains their main source of financial revenue and forest biomass represents the biggest source of renewable energy in the EU. Forests also provide a large range of other products, such as cork, resins, mushrooms, nuts, game or berries as well as recreational services, which are increasingly being valued on the market. Promoting new value chains for such products can be a powerful economic incentive for integrated forest management schemes, increasing forest multifunctionality and contributing to sustainable forest management.

More than 80 participants from 20 Member States, who attended the event, shared practical experiences in establishing new value chains from multifunctional forests. The value chain examples were diverse and included leisure services, food, non-food and agroforestry products, such as the use of cork for 3D-printing, birch sap, drinks made from spruce needles, fees for recreational mushroom picking or the gathering of woodland eggs.

Several representatives from State Forest Management Organizations and from EUSTAFOR participated in this meeting and contributed to the discussions, even though most of the cases discussed were not extremely innovative from a state forest point of view.

To foster the competitiveness of the forestry sector it is necessary to close the gap between research and practice. EIP-AGRI promotes the concept of multi-actor Operational Groups, which are a powerful tool for overcoming this gap and fostering interactive innovation. Although the concept of EIP-AGRI Operational Groups (OGs) is currently not well known in the forestry sector and relatively few OGs have been set up to date around forest-related issues, the participants were positive about the possibilities this tool offers. In addition it is expected that five new EIP-AGRI focus groups will be launched during 2017 (see euromontana website) and one of these will focus on “New practices and tools for climate adaptation and mitigation in the forest sector”. For more information, visit EIP-AGRI’s website.

More about the workshop and presented cases can be found under this link.