Dear forest owners and forest managers, help us to map ecosystem services – benefits that your forests are providing to society by answering a questionnaire in which you can also comment on any problems that you might have from creating an income from these benefits. The survey is a joint effort of two European Union Horizon 2020 funded innovation projects (SINCERE and InnoForESt). This European-wide survey is meant to identify interesting cases for forest ecosystem innovations across Europe.

The survey is available in 18 different languages, will only take around 20 minutes and can be accessed at What values do forests create for their owners and society?  Your answers will remain anonymous and cannot be traced back to you.

Thank you in advance for your cooperation!

Additional information about our collaboration with the SINCERE project can be found at the following link. 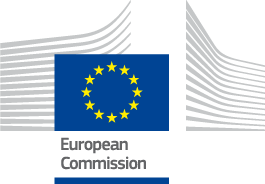 The new President of the European Commission, Ursula von der Leyen, stated in her agenda, entitled “A Union that strives for more,”that she will strive for a sustainable Union. The so-called “European Green Deal”has been prioritized as the first headline ambition of Ms. von der Leyen, who says that becoming the world’s first climate-neutral region represents the greatest challenge that demands investing in innovation and research, redesigning the economy and updating our industrial policy.

The Green Deal covers different policy proposals, including the creation of a Sustainable Europe Investment Plan, presenting a New Biodiversity Strategy 2030, the introduction of a carbon border tax, partial transformation of the European Investment Bank into a climate bank and the adoption of a new industrial policy for Europe.

Climate change, biodiversity, food security, deforestation and land degradation will be focal points of the Green Deal and should drive the changes in the way we produce, consume and trade in order to preserve Europe’s natural environment.

Ms. von der Leyen said that the circular economy is key for developing Europe’s future economic model and only a sustainable Europe offer new opportunities, innovations and jobs. Therefore, as a part of the Green Deal, a New Circular Economy Plan will be presented.

It can be expected that the announced European Green Deal will boost the expected Commission work on the biodiversity targets 2030, whereas the New circular Economy Plan will be of a great impact for the entire Forest-based sector.

Ms. van der Leyen promised tobring this vision to life before taking over her office. She announced the following major steps:

On 10 September, Ms. von der Leyen announced her picks for the next European Commission. Frans Timmermans (Netherlands) has been nominated as the new Climate Action Commissioner and as the Executive Vice-President for the Green Deal. With the support of the Directorate-General for Climate Action (DG Clima), Mr. Timmermans will be in charge of coordinating the successful and timely implementation of the European Green Deal.

Source: A Union that strives for more: My agenda for Europe – Ursula von der Leyen

Forestry England, which is the country’s largest land manager and the arm of the Forestry Commission which manages the country’s public forests, is celebrating its 100thbirthday!

Originally, the organization was formed in 1996 as Forest Enterprise. Later on, it devolved into Forest Enterprise England.  Since 1 April 2019, as a result of the most recent forestry administration reforms in the UK, it was rebranded into Forestry England. Today, Forestry England looks after more than 250 000 hectares of woodland and other natural environments across England. Each year their forests host over 230 million visitors.

As of 1 August, Forestry England has appointed Mike Seddon as its new Chief Executive. Mr. Seddon, who was determined to work in forestry from an early age, has almost 30 years of experience in forestry and forestry policy. He obtained a degree in forestry management from the University of Aberdeen and was the Forest Management Director for South England before becoming the Chief Operating Officer in 2015. Previous roles include: The Independent Panel on Forestry, Forestry Commission and Defra. We wish him much success in his new role! 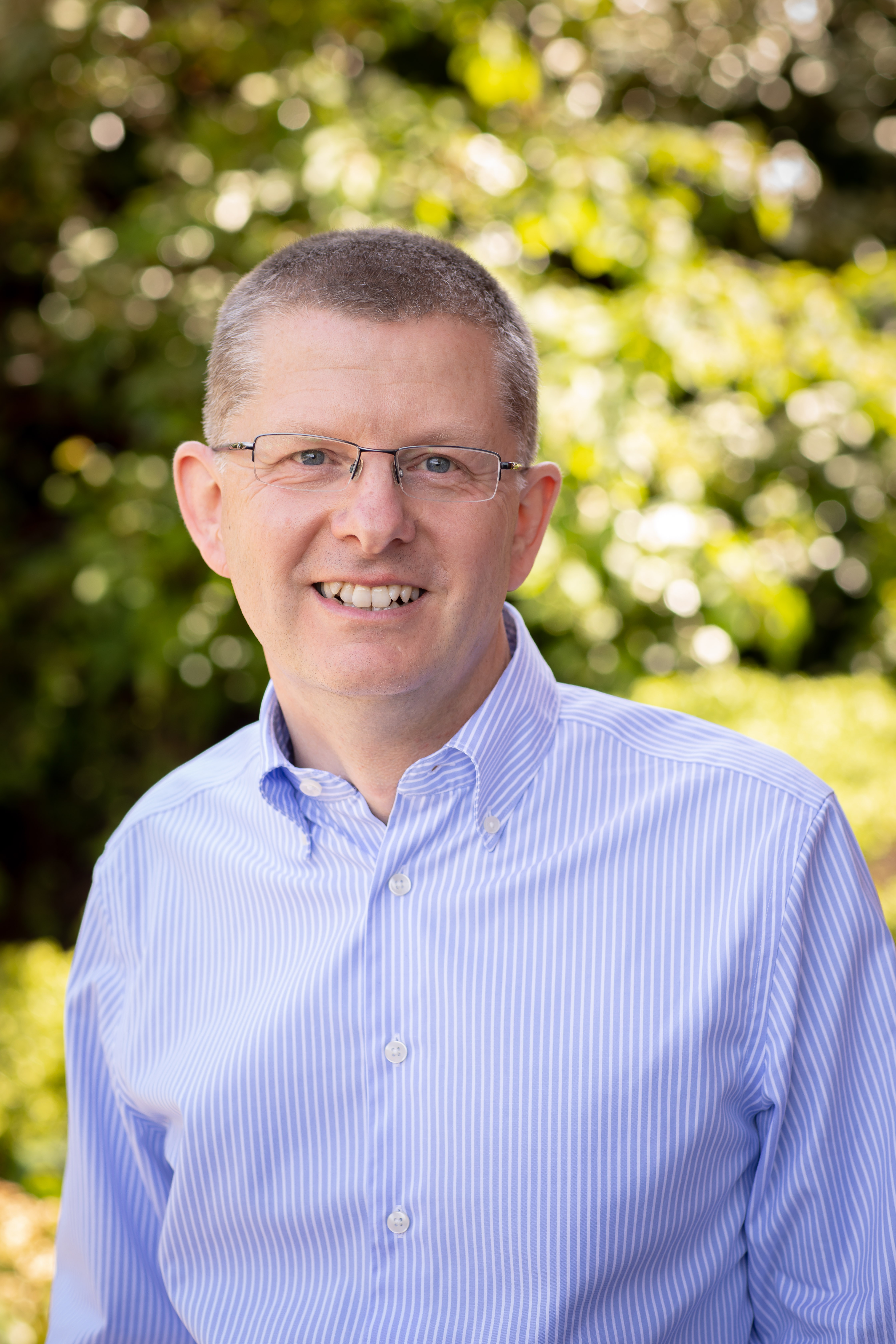 EUSTAFOR congratulates Forestry Commission on their anniversary and is looking forward to continued close collaboration in the future. 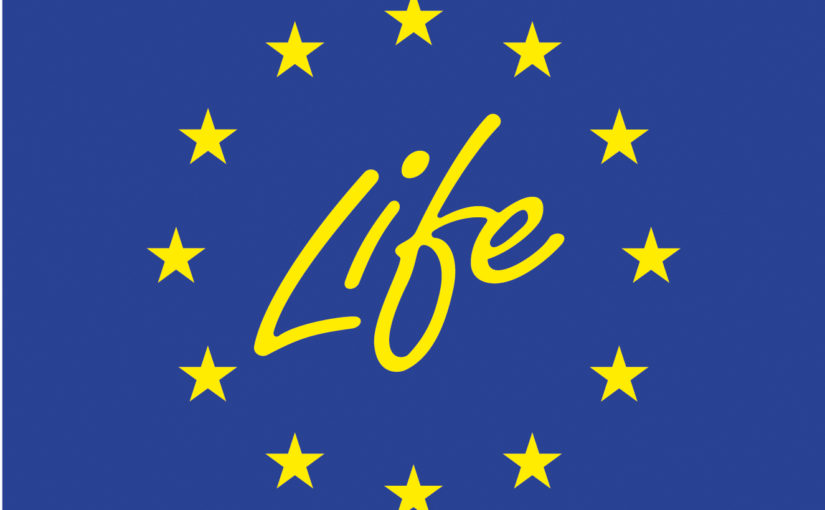 A new publication entitled Ready, steady, green! LIFE helps farming and forestry adapt to climate change has been published by the European Commission. The LIFE programme was launched in 1992 as a funding instrument for the environment and climate action. This brochure presents a selection of projects implemented with the support of LIFE, dedicated to agriculture and forestry.

Recent changes in the top management of three of EUSTAFOR’s members – Sveaskog (Sweden), Coillte (Ireland) and Metsähallitus (Finland) – will bring changes to the Association’s Executive Committee (ExCom) as well.

Sveaskog announced that Per-Olof Wedin, Sveaskog’s CEO since 2011, will be retiring this year. Mr. Wedin was a Member of EUSTAFOR’s ExCom since February 2012, taking on the duties of President during 4 of those years. EUSTAFOR wishes to thank Mr. Wedin for the many years of efficient cooperation he dedicated to our Association and we wish him a very long and happy retirement.

Ms. Hannele Arvonen has been appointed as the new President and CEO of Sveaskog from 1 July 2019. Ms. Arvonen is very much looking forward to engaging with EUSTAFOR, where she will be replacing Mr. Wedin as a Member of ExCom. We wish to congratulate Ms. Arvonen on her appointment and welcome her to the EUSTAFOR family!

As of 13 September 2019, Mr. Gerard Murphy, Managing Director of Land Solutions at Coillte (Ireland) and our long-term collaborator and friend, is also retiring and will be stepping down as Member of the ExCom. EUSTAFOR appreciates having had the opportunity to share knowledge and experience with Mr. Murphy and we extend our best wishes for a very happy retirement!

Mr. Muprhy’s role at both Coillte and EUSTAFOR’s ExCom will be taken over by Mark Carlin, who has been in Coillte since 1998 and has worked in variety of positions. We are happy to welcome Mr. Carlin and we look forward to our future collaboration.

The latest change comes from Finland, where Pentti Hyttinen has stepped down as a Director General at Metsähallitus for personal reasons. We want to thank to Mr. Hyttinen for his engagement as the Vice-President of EUSTAFOR.

The position of the Vice-President of EUSTAFOR will be temporarily assigned to the newly appointed Acting Director General of Metsähallitus, Tuomas Hallenberg. Welcome on board!

In August, EUSTAFOR was informed of the sudden passing of Dragoș Ciprian Pahonțu, a former member of the Executive Committee (2010-2018), representing ROMSILVA. We deeply regret the loss of Ciprian and are grateful for the experience and knowledge he shared with EUSTAFOR (link). May he rest in peace.

EUSTAFOR would like to express its gratitude to all past and present Members of our ExCom. We look forward to pursuing our close and fruitful collaboration in the future! 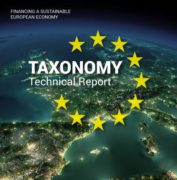 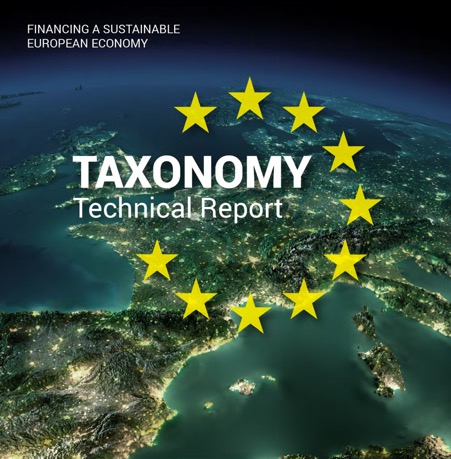 In March 2018, the Commission published the Action Plan: Financing Sustainable Growth, which is intended to represent a strategy for a financial system that supports the EU’s climate and sustainable development agenda. To assist the work on this action plan, a Technical Expert Group on sustainable finance (TEG) was created in July 2018. The TEG has 35 members representing civil society, academia, business, the finance sector, as well as additional members and observers from the EU and international public bodies. Olof Johansson (Sveaskog) has been invited as an external expert to a number of meetings on forest-related matters.

On 18 June 2019, the TEG published its Technical report on EU sustainable finance (taxonomy). This report lays the groundwork for a future EU taxonomy in legislation.

EUSTAFOR has already expressed its views on the process and how forestry-relevant issued have been covered by the process through a Joint statementand a Joint press release. The most recent Joint statement, published by EUSTAFOR on 5 September 2019, together with other organisations (CEPF, CEPI, COPA & COGECA, CEI-Bois, EOS and BIOENERGY EUROPE), points out that the current TEG report’s draft technical screening criteria for forestry creates legal uncertainty and ignores the long-term characteristics of forests. The undersigned organizations highly recommend relying on Member States’ legislation in assessing the sustainability of investments in forestry instead of developing an additional new system of screening criteria for forests and forestry.

The complete statement is available at this link.

Dear EUSTAFOR members, if you want to apply for the European Natura 2000 Award, you can still do it!

Until the 30th of September – just two weeks away, any entity involved in activities related to Natura 2000 such as local, regional and national authorities, businesses, land owners/users, NGOs, educational institutions and individuals from all EU Member States are eligible to apply for the five award categories.
In addition, an “EU Citizens’ Award” goes to the application receiving the highest number of nominations through an open public vote on the Award website.
The winners will be announced by the future Commissioner for Environment at a high-level ceremony in Brussels on the occasion of the Natura 2000 Day in 2020.

More information on how to send your application at: How to apply for the European Natura 2000 Award 2020. 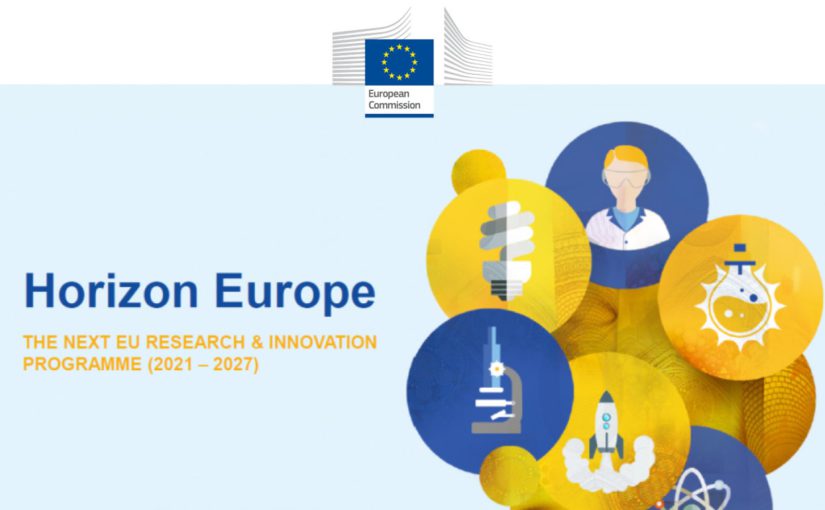 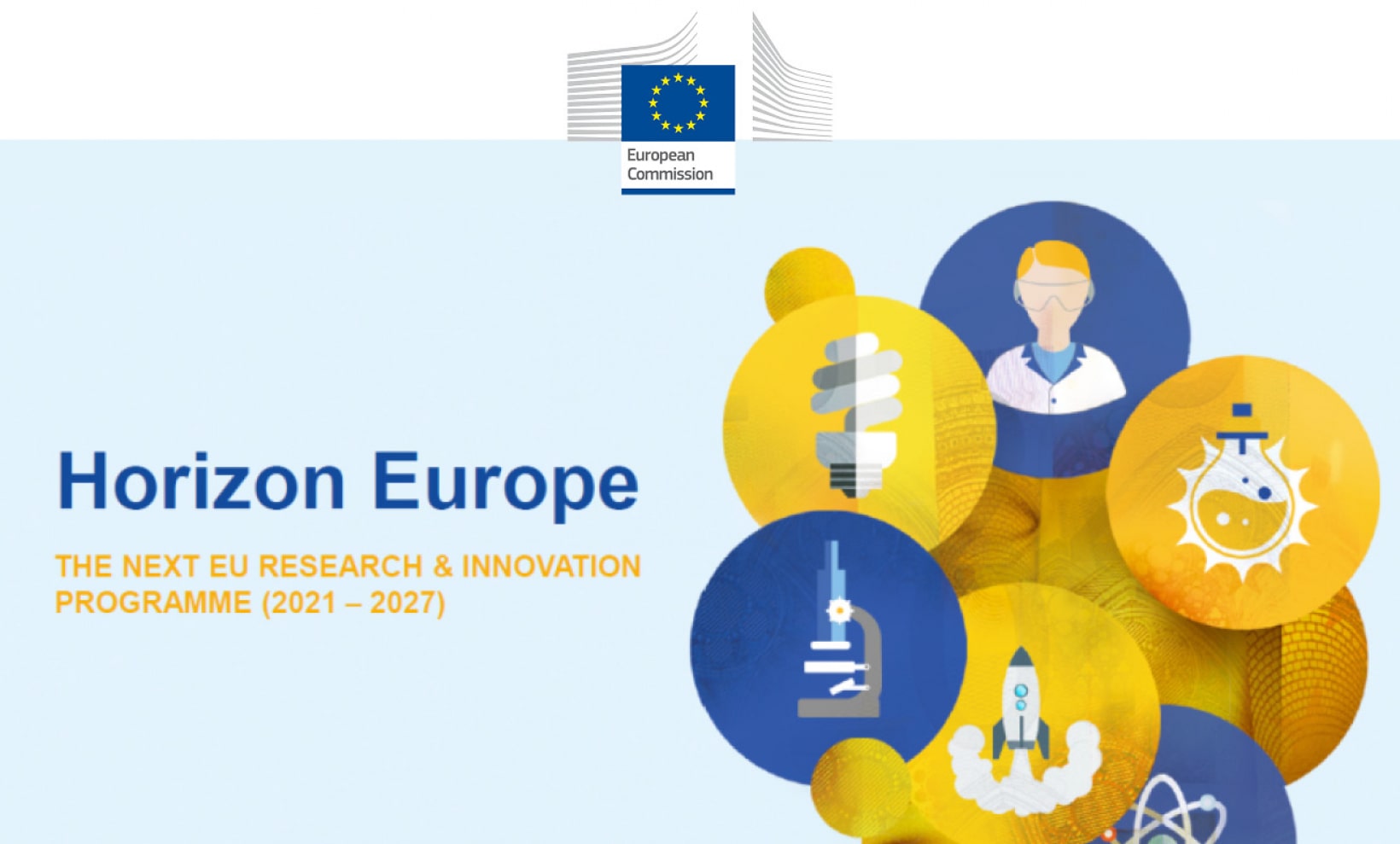 Together with 92 other key European research & innovation stakeholders, EUSTAFOR signs a Joint statement calling for an Ambitious Horizon Europe Programme. This statement is urging the EU Institutions to make research, development and innovation a priority within the next Multiannual Financial Framework 2021-2027. We call on the Council of the EU to raise the budget allocated to the Horizon Europe programme to at least €120 billion (in 2018 prices), of which at least 60% should be dedicated to the “Global Challenges and European Industrial Competitiveness” pillar.

On 25 September, Forestry Commission is organising a free event to learn about the present, and future, tree pests and diseases. The one day event will look at the current situation, providing the latest information and management advice to help you manage your trees and woodlands. There will also be a session on potential pests and diseases to look out for and methods of how to report them.

We are happy to announce that, on 26 August, Amila Meškin joined EUSTAFOR’s Office in Brussels as a Policy and Communications Advisor. 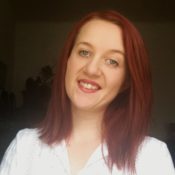 Amila, who is originally from Bosnia and Herzegovina, came to Brussels from Vienna, where she was studying Mountain Forestry at BOKU University. She holds an Msc in Forestry from the University of Sarajevo, where she did a master thesis on EU legislation in the forestry sector.

Besides her interest in forest policy, Amila also has field experience gained thorough her engagement in forest inventories in her home country and in Austria.

She speaks fluent English and has a good command of German and spoken Spanish.