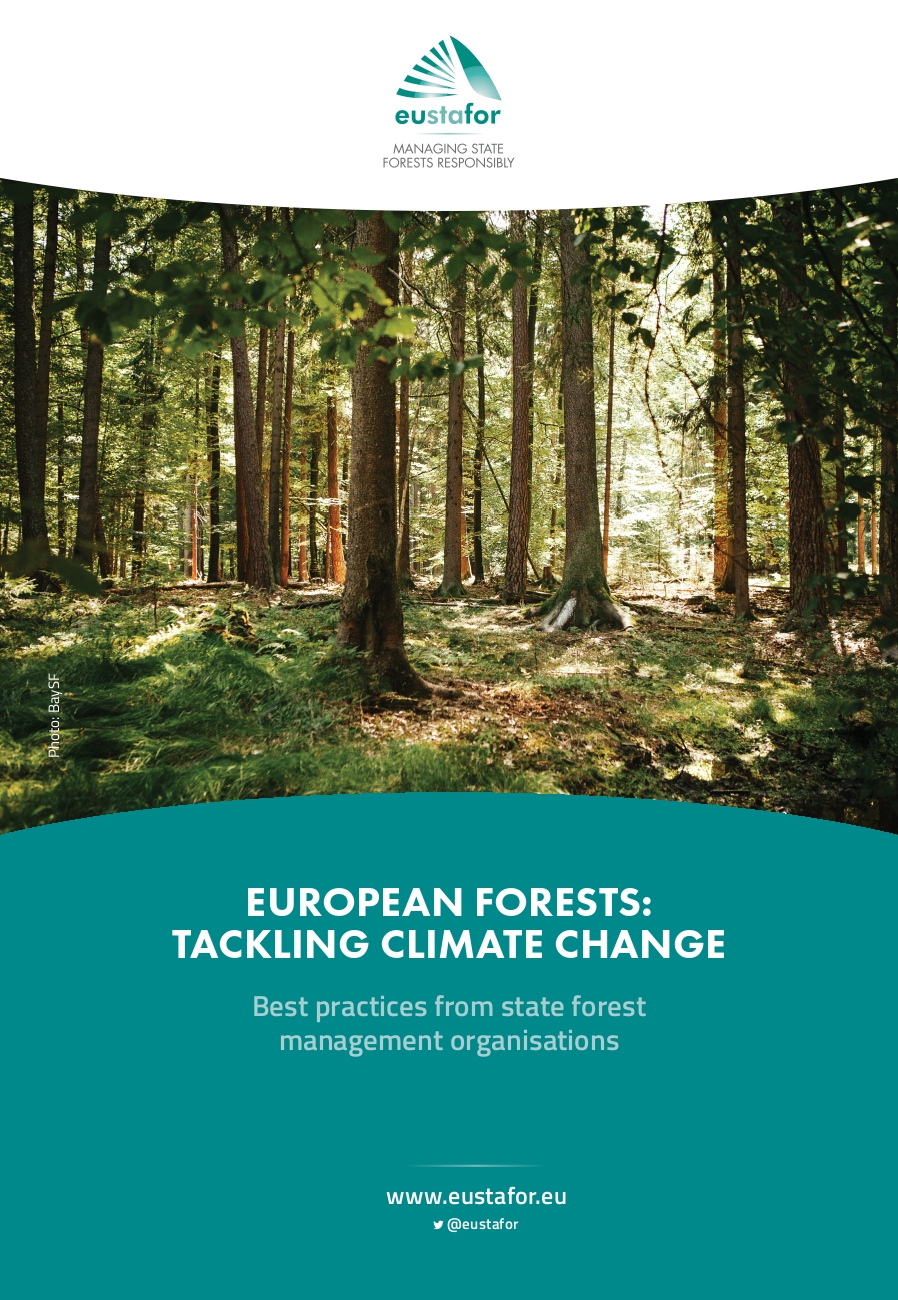 The President of the European Commission, Ursula von der Leyen, has made the climate neutrality objective by 2050 one of the top political priorities within the EU Green Deal. As announced in the recently published 2030 Climate Target Plan, a balanced, realistic, and prudent pathway to climate neutrality by 2050 requires an emissions reduction target of 55% by 2030. However, what exactly this will bring in the future and how this will be accomplished still remains very unclear.

“Even though EUSTAFOR supports the EU’s climate ambition, we are concerned by the fact that the new 2030 Climate Target Plan addresses forests in a very simplistic way, seeing forests mostly as carbon sinks, having their role mainly assigned to the compensation of emissions caused by other sectors,” stated Piotr Borkowski, Executive Director of EUSTAFOR.

Climate change has a significant and visible impact on forests. A case in point is the recent severe damage of 1,2 million hectares of European state forests resulting from extreme weather and climate events, followed by pests and diseases, throughout Europe.

European state forest management organizations (SFMOs) are coping with climate change challenges through a variety of silvicultural practices and measures enshrined in sustainable forest management to maintain and enhance the contribution of forests in all three above-mentioned ways.

EUSTAFOR welcomes the fact that the Commission’s President acknowledged the benefits of using wood in construction as part of the forthcoming Renovation Wave. Considering that in the last two decades the forest area is increasing and, most importantly, the annual growth of forests is consistently higher than the rate of harvesting, European forests will remain significant contributors to this plan. Still, this needs to be better recognized in the 2030 Climate Target Plan, where the primary focus is on reducing the energy consumption of buildings, instead of addressing their total climate impact, including using wood for renovations and new constructions.

Renewable energy plays a key role in combating climate change in a cost-effective manner while enhancing energy security and reducing pollution. EUSTAFOR welcomes the aim of the 2030 Climate Target Plan to promote sustainable forest biomass in this context. Strong enforcement of the existing sustainability criteria in the Renewable Energy Directive is the best way forward and can hopefully help avoid apparent misconceptions about the use of wood for bioenergy. Out of the approximately 70% of the annual forest growth that is harvested, around 20% belong to the fuelwood quality assortment. This is derived from forest management along with all other wood qualities and should not be wasted as this would go against the responsible and efficient use of renewable resources.

To conclude, forests and their multi-purpose management have a crucial role to play in both climate mitigation and adaptation efforts. The mitigation and adaptation of forests are closely related, and in many cases, mitigation activities will also support the adaptation of forests, and vice versa. Well-designed EU strategies and incentives are needed more than ever. To enhance the contribution of European state forests to efficiently tackle the climate challenge, EUSTAFOR underscores the following five policy recommendations: