Reinhardt Neft, Managing Director of Bayerische Staatsforsten AöR, has been re-elected as the President of EUSTAFOR for the next 2 years. Aigar Kallas, Chairman of the Management Board of Riigimetsa Majandamise Keskus (RMK), has been re-elected as Vice-President. The General Assembly also elected the Executive Committee’s members, expanding the committee to include ANARF from Italy. 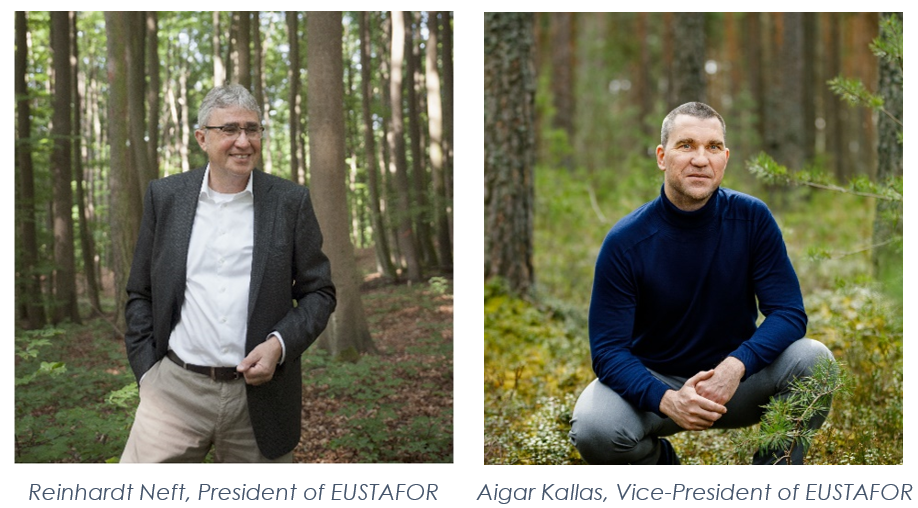 On 10 June 2021, EUSTAFOR General Assembly was again held online and re-elected Reinhardt Neft, Managing Director of Bayerische Staatsforsten AöR, as President of EUSTAFOR for another 2-year mandate. “Thank you very much for the confidence of the members,” said Reinhardt Neft after the election. After being appointed as Vice-President at the last General Assembly on 8 September 2020, Aigar Kallas, has been elected for the following 2 years as Vice-President of EUSTAFOR.

EUSTAFOR’s members – dynamic and capable entities managing state forests in close to 25 European countries – regularly come together to exchange their knowledge and know-how, not only with each other, but also with other forest-sector stakeholders and EU decision makers. They base their positions on the successful and verified expert practices they have put in place in approximately 1/3 of the European Union’s forest area, including 14 million hectares of protected areas. Their consultative approach allows them to provide relevant, valuable and reliable input to the EU policy development processes.